The art is complete for our new game NEGOCIOS INFERNALES. We have made a prototype for playtesting!

(The size has not yet been adjusted from playing card to tarot card, but that’s a little thing.)

For now, this “La Baraja del Destino” of ours is ready to test at Boskone and it is BEE-YOOOUU–TEEE–FUL!

All art by the glorious, the genius, the darling Rebecca Huston of Heathen Ink!

Keep reading for MORE ABOUT THE GAME! 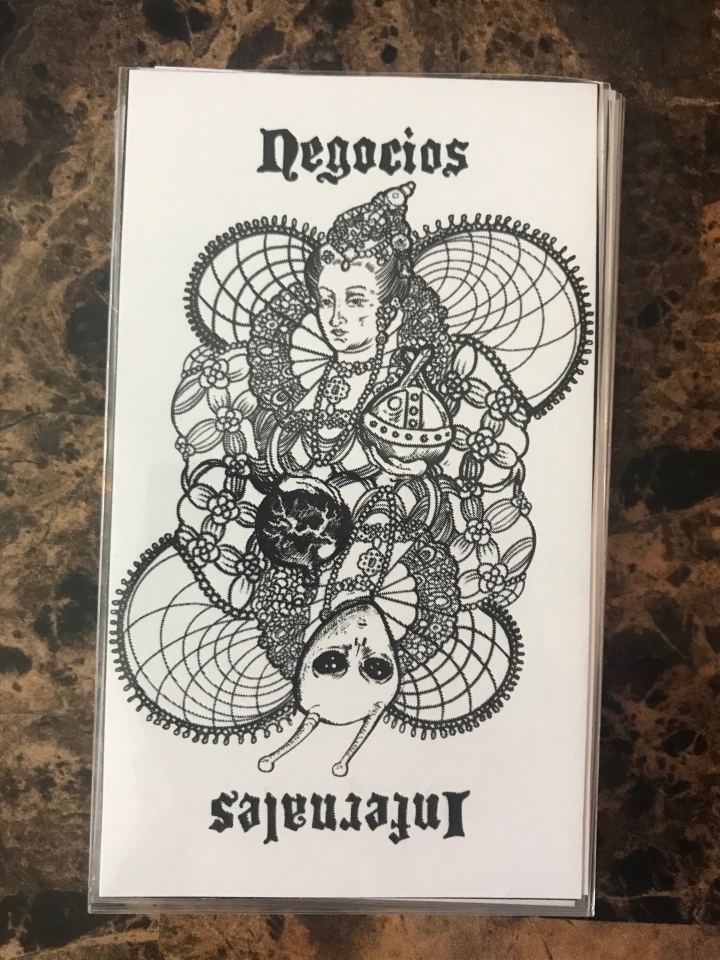 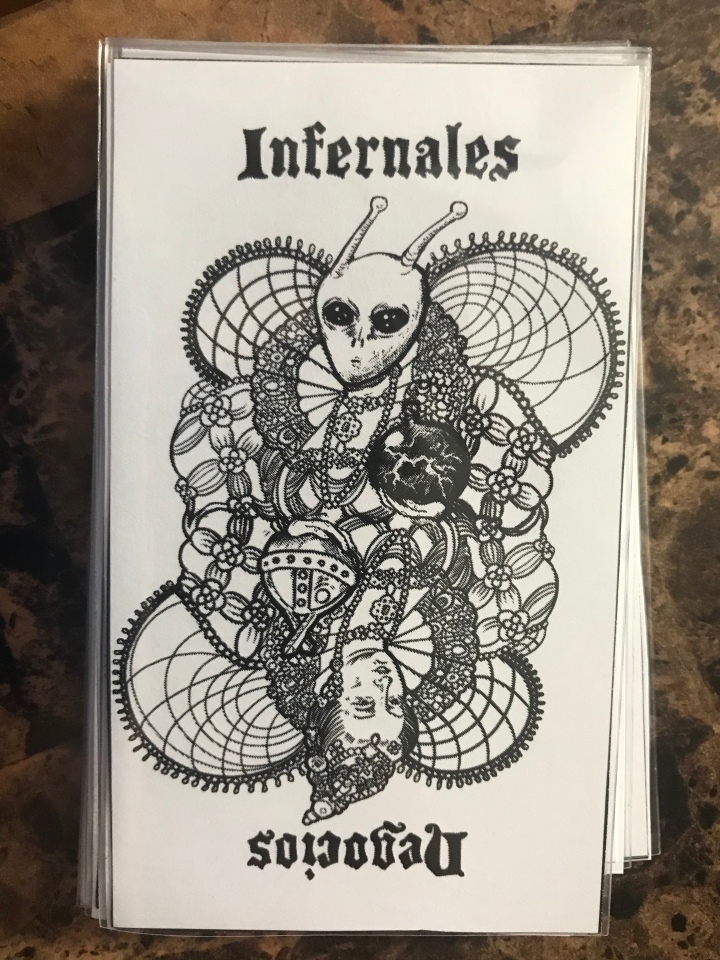 The game of NEGOCIOS INFERNALES is Men in Black by way of the Spanish Inquisition!

A world very much like our Earth is experiencing something a lot like our Spanish Inquisition. Aliens show up to this planet with an invitation for the humans there to join their Cosmic Consciousness, but the humans there aren’t quite able to understand what the aliens are or what they want.

In essence, the game is a GM-less RPG with the storytelling done on the fly. We use a 54-card deck of custom cards–they’re very Tarot like–for character creation, skill checks, and game flavor. 2-3 hours playtime when people know the game, maybe 3.5 for new players. 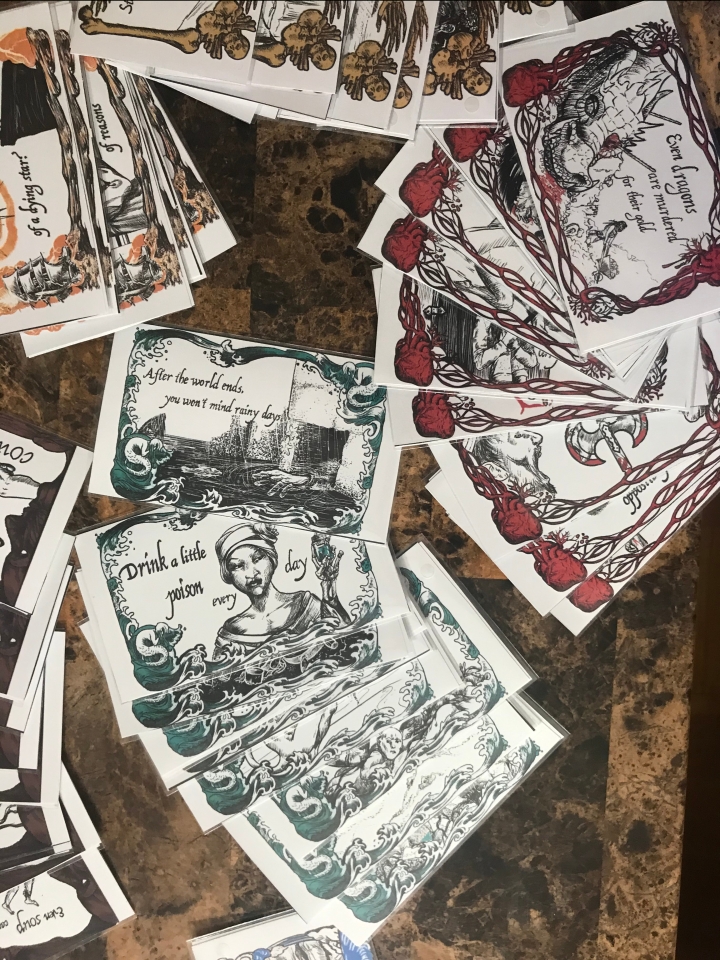 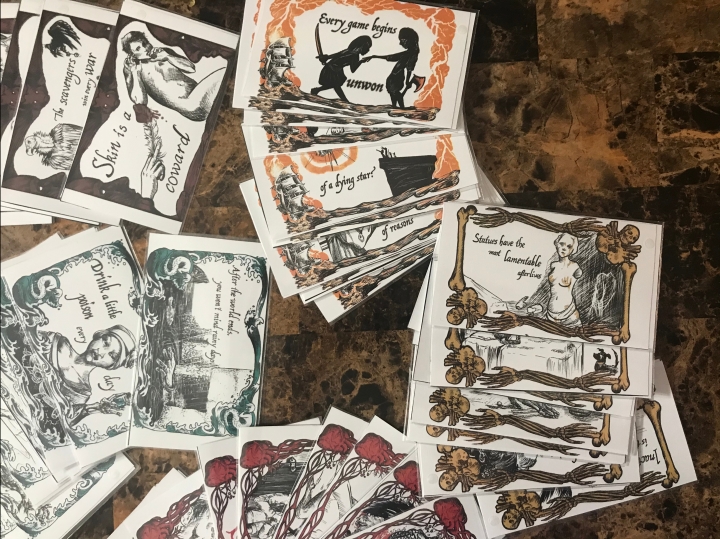 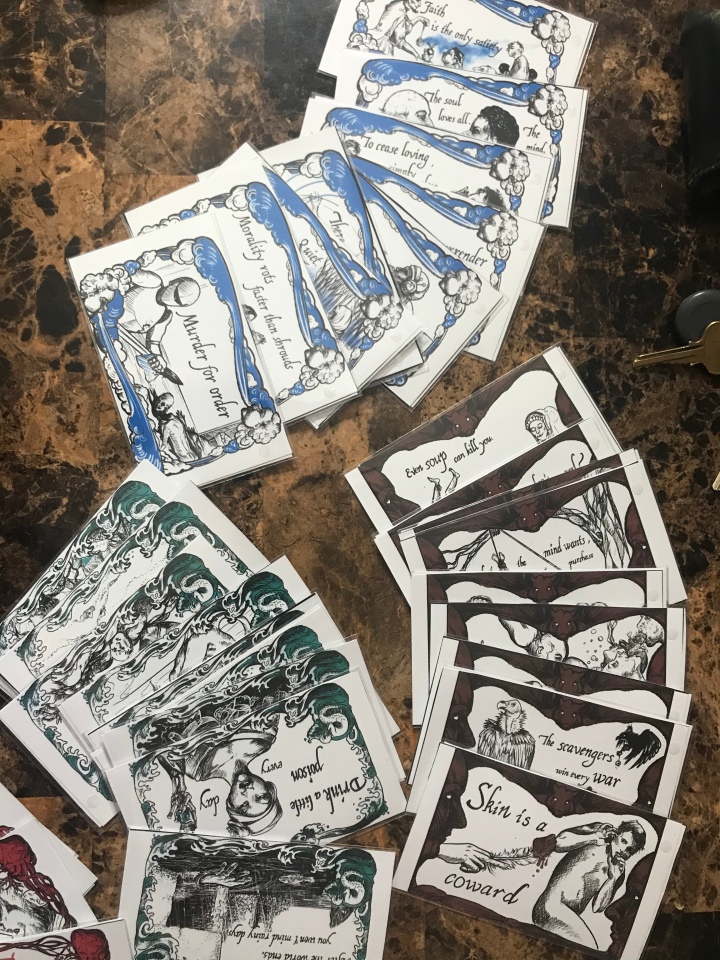 C.S.E. Cooney lives and writes in a well-appointed Rhode Island garret, right across the street from a Victorian Strolling Park. She is the author of How To Flirt in Faerieland and Other Wild Rhymes and Jack o’ the Hills. She won the 2011 Rhysling Award for her story-poem “The Sea King’s Second Bride.” Links to her work may be found here, where she also blogs. View all posts by csecooney